This Afternoon
A 40 percent chance of rain, mainly before 4pm. Patchy fog. Otherwise, cloudy, with a high near 42. South wind around 10 mph becoming west.
Tonight
Cloudy, then gradually becoming partly cloudy, with a low around 23. Blustery, with a west wind 10 to 15 mph increasing to 20 to 25 mph after midnight. Winds could gust as high as 40 mph.
Monday
Sunny, with a temperature falling to around 17 by 5pm. Blustery, with a northwest wind 15 to 25 mph, with gusts as high as 40 mph.
Weather forecast provided by weather.gov.
Search 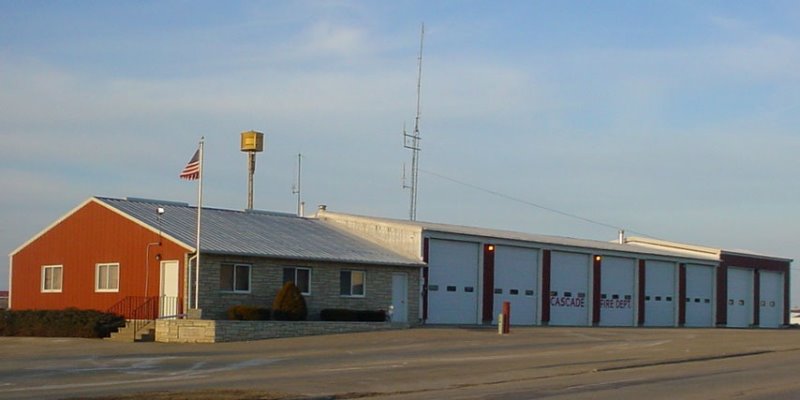 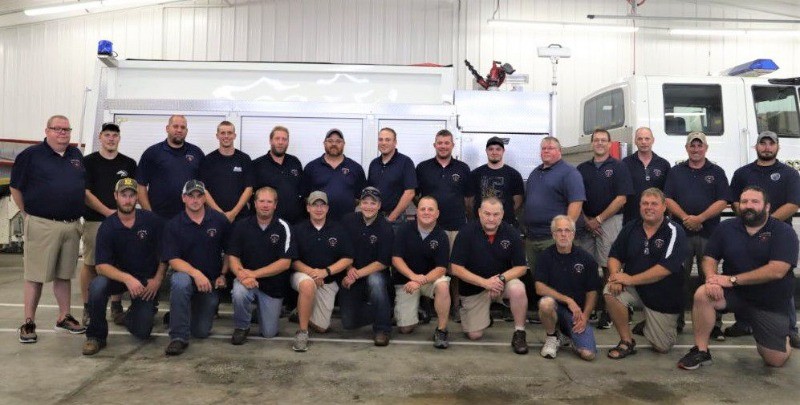 The Fire Department was established back in 1887.  In 1974 a partnership between the City of Cascade and the Cascade Rural Fire Truck Association / Farm Board was formed. The City and Farm Board provide a majority of funding for the Department. The Department has also receives grant funding from the Dubuque Racing Association and the Federal Emergency Management Agency for major equipment purchases.

The Department is staffed by 30 dedicated volunteers. Its command consists of a Fire Chief, Assistant Fire Chiefs, Capitan, Lieutenants, and training officers. All Department members are trained to the level of Fire Fighter One certification with many also Fire Fighter Two certified. Many are also are trained in Ice Rescue, Swift Water Rescue, Rope Rescue, Trench Rescue, Grain Bin Rescue, Confined Space Rescue, and many other specialty Rescue techniques. Members Train a minimum of once a month with many other trainings on weekends or attending State and County Fire Schools. They hold an ISO Rating Of 4 on a scale of 1 to 10, with 1 being the best. C.F.D. territory covers 136 square miles including the City of Cascade and parts of 6 townships in three different counties - Dubuque, Jones, and Jackson. They are dispatched by Dubuque County via pagers and 2-way radios.

The vehicle fleet consists of 2 Pumpers, 2 tankers, a rescue truck, a grass truck, a 6x6 Polaris UTV, a flat-bottom rescue boat, and a rescue sled. The Department strives to replace its oldest vehicle with a new one every 10 to 15 years. The Department is equipped with two jaws-of-life, rescue jacks, thermo imaging cameras, self-contained breathing apparatuses, a cascade air system, and rescue saws, Four Gas analyses equipment. The Department has averaged 100 calls per year. The Department holds three annual fundraisers, a Halloween Masquerade Dance, and a 200 Club Ticket Sale and a Gun raffle. Proceeds are used to purchase equipment, gear, and supplies for the Fire Department.